In the US, media and advertising-focused management consultancy ID Comms has acquired audit specialist PJL Media. Terms are not being released, but as part of the deal PJL Media founder PJ Leary becomes a minority shareholder in ID Comms, and joins its Board. 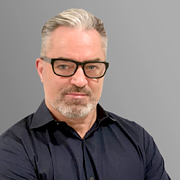 PJL was founded in 2016 by media auditing veteran Leary (pictured), who previously served as CEO of Ebiquity North America. Before this he was CEO of Billetts America, having begun his career at Young & Rubicam New York as a Media Planner, then served as MD at Ammirati Puris Lintas, and worked at Bouchez Kent + Co.

Leary will now become Global CEO of the media auditing business, ID Comms Assurance. Longer term, his brief will be to create a 'future-focused' auditing offer which will position data on media performance as essential insight for future investment performance.

ID Comms Group CEO Tom Denford comments: 'We are thrilled to have PJ join the expanding ID Comms team, we've been good friends and close admirers for many years. This acquisition was strategically important for ID Comms at a time when many advertisers are rethinking their needs for media auditing and perhaps looking for more modern techniques, fit for the digital age. We are excited to bring our new global standards for media auditing to ambitious advertisers asking what's next'.