Former employees of GroupM and Comscore, Michael Bologna and Joanna Drews, have launched HyphaMetrics, which will use a proprietary panel of 5,000 homes to track viewing across devices. 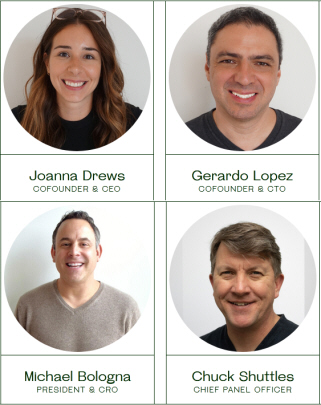 With $2m of early investment, the firm aims to license its single source data stream to clients including television networks, media agencies and platforms, and other research companies - helping them to trade and to optimise spend. Data - covering linear television, streaming devices, apps and gaming environments - will give viewing behavior figures at the household level, 'both neutral and autonomous'.

Co-founder and CEO Drews was previously Director of Product Management and Emerging Assets at Comscore. She serves as Co-Chair of the measurement working group for AdLedger, and on the client advisory board for Captify. President and CRO Bologna was President of GroupM's addressable TV unit Modi Media, before holding the same title at one2one Media, now part of Cadent. The two are joined by CTO Gerardo Lopez - formerly CIO at credit ratings agency HR Ratings de México and TV audience measurement agency HR Ratings Media; and Chief Panel Officer Chuck Shuttles, who was earlier VP of Panel Science at Comscore and SVP of Panel Operations for Symphony Advanced Media. Shuttles also worked at GfK and Nielsen.

The company will focus on three main products: ContentMetrics, tracking who is watching what content within a TV household, and whether live, time-shifted or streaming); MobileMetrics, measuring things like time spent in apps, simultaneous app usage, and multitasking metrics; and ClearviewMetrics, offering viewing data for 15,000 devices. The first two solutions are available now, while the last is due for launch in Q2 2021.

Web site: www.hyphametrics.com . In the natural world, hyphae are root-like filaments which help fungi to grow.