The Stagwell Group, owner of the Harris and Harris Poll brands, has reached an agreement with marcoms group MDC Partners, to combine their companies and create a business they say aims for more than $3bn in revenue by 2025. 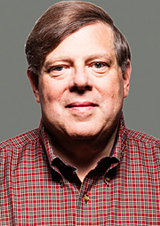 The firms say the merger, first discussed in June, will create a 'top ten' marketing services company with over 8,600 employees across 23 countries, with a far greater range of digital services and expertise than MDC on its own. Existing MDC shareholders will receive 26% of the equity of the combined business, while Stagwell will receive a share consideration equal to 74% (excluding its pre-transaction holdings of MDC shares). According to the firms, the combined business will have the potential to produce more than 5% annual organic revenue growth and deliver over $200m of pro forma cash generation next year. There should also be cost savings of c.$30m from operational efficiencies and integrated services over time, with 90% expected to be achieved within 24 months. In addition, the firms say the combined company's experience in building and developing its own proprietary digital products could generate $90m to $150m annual top-line benefit over time.

Following closure of the deal, the combined business will remain headquartered in New York, NY, while maintaining a 'significant presence' in Washington DC; and MDC will be converted into a limited liability company, owned in part by a newly formed NASDAQ-listed company incorporated in Delaware ('New MDC'), and in part by Stagwell. Penn, who will continue as CEO and Chairman, comments: 'Unencumbered by legacy structures or assets, the combined company will have the integrated, modern offerings marketers deserve, and the resources to invest meaningfully in our global capabilities, our talent, and our clients' future'.