Comscore Chief Financial Officer Greg Fink will be leaving the company at the end of August, 'to pursue new interests'. 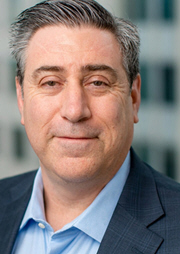 In early 2016, Comscore saw shares plunge 35% following the revelation that an audit had been set up to examine accounting irregularities; and three years later the firm and its former CEO Serge Matta settled over charges of overstating revenue by approximately $50m. The US Securities and Exchange Commission (SEC) said this had allowed the company to 'create the illusion' of smooth and steady business growth, even 'though the non-monetary deals involved had not been hidden and their legitimacy had been discussed in the financial press.

Fink (pictured) joined in 2017 as EVP, Finance. He had spent the previous eleven years at mortgage giant Fannie Mae (The Federal National Mortgage Association) and held senior financial roles at MCI Communications, Deloitte, Seiler, and Chevron. Three weeks after joining, he was promoted to the role of CFO, replacing David Chemerow, who had resigned to 'purse other opportunities'.

Comscore has now commissioned an executive search firm to identify a new CFO, and Fink has agreed to provide support during the search process. CEO Bill Livek, who has not yet named an interim CFO, comments: 'I thank Greg for his many contributions toward helping set the company on a course for success. He has built a strong team, which I am confident will carry on the foundational work that enables us to continue our evolution to provide the best modern measurement services for the future of media'.

The firm, which earlier this year agreed to an investment deal which it will use to pay off its debt, is online at www.comscore.com .