In France, consumer intelligence platform Toluna has promoted Mathilde Lelièvre to COO, with a seat on the Executive Board. As well as directing the firm's global business operations she is tasked with fostering a culture focused on people, diversity and inclusion. 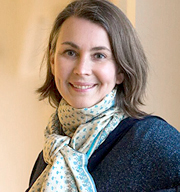 Toluna is the holding company of Harris Interactive Europe and KuRunData. Lelièvre (pictured) joined in 2005 as a VP of Operations, responsible for managing Toluna's Client Services team, and most recently served as EVP of Global Digital Operations. According to the company, in the past more than fifteen years, she has been instrumental in driving Toluna's growth and implementing its global operations strategy. Her team, which began with only three members in a single location, now spans more than ten markets and includes approximately 650 team members worldwide. She began her career as Promotion and Communication Manager at the French Centre for Research on Contemporary China, before joining Ciao Surveys as a Project Manager.

Departments under Lelièvre's new remit include client services personnel, supported by those in survey programing, sampling, platform support and data processing. CEO Frederic-Charles Petit comments: 'Under Mathilde's leadership, our client services function has evolved to deliver at scale for leading global brands. Her focus on delivering unrivalled client-service, driving service team engagement and ensuring efficiency through digitalization has been invaluable to fueling our global growth, and we are thrilled to see her take the reigns as COO.'