Industry association ESOMAR and survey analysis software provider mTab have partnered to expand on the 'Insight250' awards, set up earlier this year to recognise MR industry 'leaders, visionaries and pioneers'. 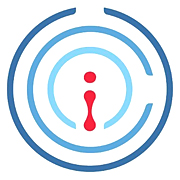 Initially launched in April, the Insight250 list of winners came from more than three dozen countries across academia, enterprises, agencies, charities and associations. To further expand the list's reach, ESOMAR and mTab say they will commit to making the Insight250 the 'global standard' and ensuring the awards are 'diverse, representative, robust and transparent'.

ESOMAR will play a role in the nomination, selection and announcement processes, which will include the participation of ESOMAR representatives, including its country representatives from around the world. Finn Raben, Director General of ESOMAR, comments: 'I am very honored and excited to have ESOMAR as an instrumental part of the Insight250. This is a fantastic way to celebrate the achievements and innovations across the research world and to ensure that the 'superheroes' of our worldwide community gain the recognition they deserve; this can only serve to make our profession even stronger'.