The Stagwell Group, owner of the Harris and Harris Poll brands, has opened a regional headquarters in Singapore, where it has appointed Randy Duax as Managing Director, Asia Pacific. 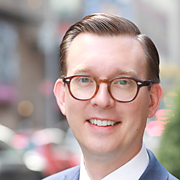 Duax (pictured), who will lead the new office from next January, currently serves as SVP, Executive Talent at Stagwell. He joined the group in 2016 from WPP, where he was latterly responsible for senior exec recruitment across the group in Asia-Pacific and overseeing teams in Singapore, Shanghai, Sydney and Tokyo. Earlier, he was MD of NYC executive search firm Koller Search Partners.

In his new role, Duax will report to Penn and work to connect Stagwell's marketing talent and digital services to client partners in Singapore and throughout Asia Pacific. He will collaborate with Stagwell's multiple agencies in the region and its roster of global affiliates, including Beyond Media Group and Metric Design Studio. Penn comments on the news: 'Singapore is the right location for Stagwell's regional headquarters and I'm excited for the growth of our network throughout Asia-Pacific. Randy's experience and long-term engagements in Singapore will serve our network well'.