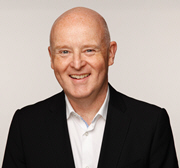 Kantar says all divisions grew year-on-year, with double digit growth from Public, Worldpanel, Insights, Profiles and Numerator. The company implemented transformation plans in the second half of last year and says as a result EBITDA margin stands at 17%, 5% up on the year. $150m of structural cost savings have been made, and headcount stands around 3,900 lower than it did in September 2019, excluding the effect of the sale of Kantar Health and the acquisition of Numerator.

The group has made a number of senior appointments since early summer. Chris Jansen, previously head of global schools group Cognita, started as CEO a month ago and replaced Alexis Nasard, who left the job after only four months. Former dunnhumby CEO Guillaume Bacuvier started as Global Chief Exec of Worldpanel in September, replacing Josep Montserrat (now Non-Executive Chairman).