Chicago-based QualSights has raised $7.7m in Series A funding, earmarked for recruitment, expansion of sales and marketing functions, and investment in R&D. The Board of the rapidly-growing company now includes Mitch Barns and Gian Fulgoni. 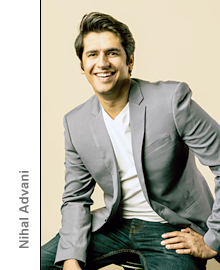 Known until 2018 as Georama, QualSights is an insights technology platform blending quant and qual consumer research and collecting off-line behavioural data with a combination of in-context video and passive IoT sensors. In the last year the firm has been ranked as the fastest growing company in Illinois and the fastest growing software company in the Midwest.

According to QualSights founder and CEO Nihal Advani (pictured), the fund will allow the firm 'to introduce its technology to more brands and further propel QualSights as the leading insights technology platform'.