UK pharma researcher and communications consultancy Mash Health Limited and its US business Mash Health, Inc have been acquired by the UK's Cello Group plc, for an initial consideration of c.£0.6m. Separately, Cello has reported 'solid full year performance' for 2012. 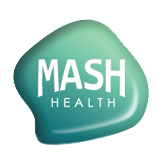 The initial sum includes £0.5m in cash and the remainder in shares. Further sums relating to performance in the rest of 2013 will take the total up to around £0.9m.

Teddington-based Mash works for clients in the pharmaceutical, nutraceutical and consumer healthcare sectors, and was established only in 2009, by Jane Ayton and Marianne MacDonald. It has bases in London and New Jersey. Unaudited turnover for the year to 31 March 2012 was £1.5m, with profit before tax of £0.1 million. CEO Ayton will assume a senior position within Cello Health.

Mash will join Cello's healthcare division, Cello Health, whose Chairman Stephen Highley says the two have already worked closely together on a range of client assignments. He adds: 'Mash is a well-established brand particularly in the consumer end of the pharmaceutical space and this acquisition further reinforces our strong position in the consumer healthcare market.'

For the year to 31st December 2012, Cello's interim statement says the Group has been successfully restructured into Cello Health and Cello Consumer divisions: the former continues to show good revenue growth and sustain competitive 20% plus margins, while the latter has seen solid recovery, with headline profit margins stabilising. The Group has a strong new business pipeline in Q4 2012.