Ipsos has promoted Annie Chan to the role of Managing Director in Hong Kong, replacing Mick Gordon who will move on to an as yet undisclosed role at the company. 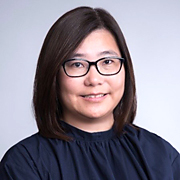 Chan (pictured) joined in 2011 following the firm's takeover of Synovate, where she had worked for the previous thirteen years, latterly as a Director. Most recently, she served as Group Service Lines Lead, having previously been Chief Client Officer.

In her new role, Chan will head Ipsos' business and teams, reporting to Lifeng Liu, Chairman for Ipsos in Greater China. She takes over from Gordon, who had held the role for the last six years. He previously served as CEO of Ipsos India, and spent more than seven years at Synovate, latterly as Director of Business Services, having joined the firm in 2001 as Finance Director. Earlier, Gordon worked for Sample Surveys as Finance Director and Company Secretary, and he was a Senior Auditor at the UK's National Audit Office.