In the UK, long-time Join the Dots / Insites Consulting exec Jon Beaumont has joined community panel specialist Verve to head a new Innovation and Brand Strategy offering, which will be launched in September. 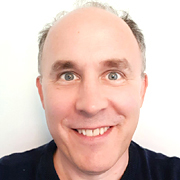 Verve, which also has an office in Chicago, uses commonly adopted technology to gather feedback, and integrates multiple data sources to deliver more in-depth insight. In December, the UK business of communities company Potentiate became part of Verve, which has since integrated Potentiate's model for combining community panels and CX (customer experience) programmes.

Beaumont (pictured) has joined as New Business Director, after fourteen years as Business Development Director at online community specialist Join the Dots (acquired by consumer agency InSites Consulting in 2019 and since re-branded with its parent company's name). He began his career at BMRB, before joining BVA BDRC, where he worked for eight years and latterly served as Research Director (Head of Media), and he worked at data company WaveMetrix as Research Director.

In his new role, Beaumont will work alongside Paul Lawson, who leads the NBD (New Business Development) and Marketing teams. Andrew Cooper, founder and CEO, comments: 'I have respected and admired Jon for many years for his deep insight skills in areas which strongly complement our specialisms at Verve. It's great to have Jon joining us on our entrepreneurial journey at this time, where we are seeing significant and exciting growth and development.'