Crowd DNA Opens in LA, Hires in NYC and Singapore

Cultural insights and strategy consultancy Crowd DNA has opened an office in Los Angeles, headed by recently appointed David Stewart. The firm has also hired Hina Hussain as Head of Agency in New York, and Radha Patel as a Director in Singapore. 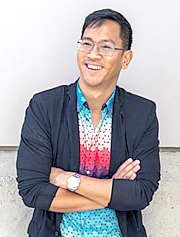 STRAT7-owned Crowd DNA conducts research to understand people, culture and trends across the world. The team includes researchers, strategists, designers, writers and filmmakers, supported by a global network of industry experts, academics, creators, influencers, trend scouts and journalists, who work with companies to strengthen their brands through 'greater cultural relevance'.

The new office is the consultancy's seventh, after London, Amsterdam, New York City, Singapore, Sydney and Stockholm. Stewart (pictured) joins after roles at Jigsaw International in China' at Kelton and at Coherency. Separately, Husain will join later in October, after roles at Galileo, Hall & Partners and Flamingo in the US and Singapore; and Patel brings experience from senior positions at Clear and the Futures Company.

Andy Crysell, Crowd DNA founder and CEO, comments: 'Even in an age when so much can be done remotely; it's always been a driving ambition to shape a business with an on-the-ground global presence. There are lots of exciting reasons for landing in Los Angeles - not least to be close to so much of the 'future of entertainment' action that has long been core to our work'.