In the US, speculation is growing that online research community builder Communispace is looking for a buyer among a group of venture capital firms, tech companies and holding companies - including marketing services group Omnicom. 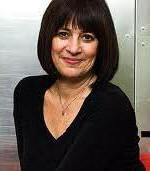 According to an article in AdAge, two executives 'familiar with the negotiations' say the firm intends to ink a deal for at least $100m, although this figure has not been confirmed. Another person 'familiar with Omnicom's acquisition strategy' stated that $100m would be too high a figure for the firm.

Communispace was founded in 1999, and has since created more than 350 customer communities for blue chip clients.

As well as its HQ in Watertown, Massachusetts, the firm has additional offices in Atlanta, Chicago, London, New York, San Francisco, San Remo (Italy) and Sydney. It is led by co-founder Diane Hessan (pictured), has a staff of nearly 300, and in 2010 its gross revenue is expected to be $47m and its profit before tax $6.3m.