Kantar Media's Global CEO Andy Brown has left the business, less than a year after WPP agreed to sell 60% of Kantar to private equity firm Bain Capital. Brown's next career move is not yet known, and his previous role has been filled on an interim basis by former Bain exec Serge Lupas. 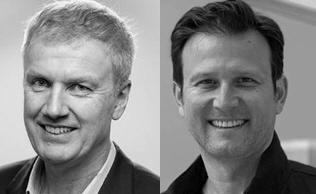 Ten years ago, Kantar re-branded the media assets of TNS, KMR Group and BMRB Media as Kantar Media: Brown had held the CEO role since 2013. He began his research career as a trainee at AGB and then moved to Anglia Television, followed by BMRB. During his eleven years at the agency, Brown's responsibilities included the international expansion of the consumer TGI survey into Europe and Latin America - an initiative which led to the formation of the KMR Group and his subsequent appointment as its CEO in 2001. Following WPP's acquisition of TNS in 2008, Brown formed the Board of Kantar Media and was named CEO; and he also served as part of the Kantar Operating Board and WPP Digital Advisory Group.

His temporary replacement Lupas is on secondment from turnaround consultancy AlixPartners, where he serves as MD of the UK TMT (telecoms, media and telecommunications) Practice. AlixPartners' QuickStrike methodology claims to help identify the issues affecting a company's performance, review the available options, and plan the solution. Lupas previously held leadership positions with Tiscali A/S, McKinsey & Company and Bain.

News of Brown's departure follows the alleged ousting of former Kantar CEO Eric Salama, shortly after WPP's part-sale of Kantar to Bain in a deal valuing the firm at $4bn (£3.2bn). Commenting on Lupas' appointment, Kantar Chairman Adam Crozier said: 'Serge brings to us over twenty years of leadership and extensive expertise in improving, building and transforming global, digital businesses. He will focus on delivering against our plans for 2020, and a plan for the longer term'.