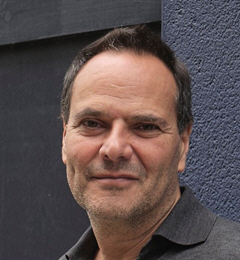 Kantar completed the sale of Kantar Public to pan-European private equity firm Trilantic Europe at the beginning of this month - the government policy and comms advisory business is now a standalone business.

After spending almost a decade as the Head of Strategy on the main board of WPP, Salama became Kantar CEO twenty years ago next month, and spent more than seventeen years in the evolving role - proving a hard act to follow. He has also served as a Trustee of the British Museum, a Director of UK Government Department DFID and a Governor of Birkbeck College London. Alongside the new Kantar Public job he retains his current roles as Chair of the Board of Trustees for Comic Relief, a Board member at Morning Consult and a Board advisor at Phoenix Court VC.

Kantar Public Global CEO Dr Michelle Harrison says of the news: 'I could not be more delighted that Eric Salama is joining Kantar Public as our new Global Chair. Eric and I worked together previously, when I was appointed to the Global Board of Kantar, with the remit to build the new division of Kantar Public in 2016. From the outset, Eric shared the vision for building a world leading global practice for government and public realm clients, and he was there for the formative years where our strong foundations were laid'.

Salama himself says: 'After the past two and a half years of Covid, no one doubts the central role which Governments and public organisations play in our lives. The complexity of the problems that need to be actively addressed has never been more acute. Governments and their citizens recognise the importance of the decisions that they make and the importance of having evidence to make the best choices. All this in an environment where there are trust deficits between citizens, government, business and the media and where misinformation and questions about 'what's true' abound. Against this background, and with Kantar Public's strong heritage of uncompromised objectivity and commitment to solving these deep-rooted problems, I had no hesitation in accepting the position as the new Global Chair for Kantar Public'.