Harris Interactive has reported a 30.4% fall in revenue for the third quarter of 2009; from $57.3m in 2008 to $39.9m this year. The revenue decline impacted nearly all the firm's geographic regions, including the US, where revenue was down 33% for the quarter. 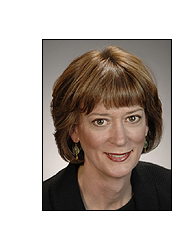 In the UK, revenue actually grew by 2% on a local currency basis, but was negatively impacted by foreign exchange conversion, resulting in revenues declining by 27% on a US dollar basis.

President and CEO Kimberly Till said the firm has begun looking at opportunities to strengthen its international presence and is currently examining geographic markets with attractive size and growth, such as China and Japan.

Operating loss for the third quarter was $7.3m, compared with an operating loss of $1.9m in the prior year period. This included $5.3m in restructuring and other charges including $3.4m for severance relating to US and UK headcount reductions and post employment payments to a former executive.

The loss also included $1.1m for performance improvement consultancy fees, and $0.8m in other charges.

Net loss for the period was $6.7m, compared with a net loss of $2.1m in the same period in the prior year.

During a conference call, Till made an assurance that returning Harris to revenue growth and profitability remains the firm's top priority.

Yesterday, the firm announced it has amended its credit agreement in a move which Till says will provide it with 'the financial stability and flexibility needed' as the firm continues to implement its strategic plan.