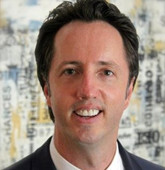 Harris says QQi is optimized for short quantitative surveys among either general population or high-incidence targeted populations, and can often deliver final results in less than a day. Uses include concept and ad testing, attitude and awareness surveys, usage testing and tracking.

QQi is powered by the Google Consumer Surveys platform, which combines DIY surveys with access to targeted respondents. QQI uses 'Survey Wall' methodology which offers visitors to a number of web sites the ability to access specific content in return for completing 'micro-surveys'.

Mike de Vere (pictured), President of the Harris Poll, comments: 'While many companies have been looking to DIY research models in recent years for their cost-effectiveness, tools like these can deliver disappointing results if the questions themselves aren't designed properly. By layering Harris Interactive's research expertise atop a DIY-type platform, QQi empowers its users to capture exponentially more valuable answers to their most urgent questions.'