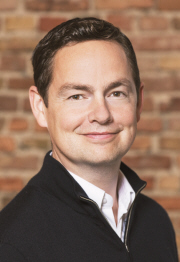 Mobile has seen explosive growth in the past decade, with time spent on mobile now far and away eclipsing all other channels. It's estimated that throughout 2020, UK consumers will spend close to four hours a day on their smartphones (https://content-na1.emarketer.com/uk-time-spent-with-media-2019 ) - overtaking TV by more than an hour.

Given mobile's meteoric rise, it's easy to forget that it's still a very new channel. Trends in the space move fast, and what's more, there are few books or courses that can really prepare marketers for a career in mobile.

As a result, there's a whole range of practises within the industry that have evolved to become standard - but that doesn't necessarily mean they're right. Look more closely, and it becomes obvious that many of these practises are inherently flawed. With this piece, we want to shed light and debunk three common mobile marketing and measurement myths - looking at the precision and customisation needed in selecting what to measure; how an evolving and dynamic response to spotting ad fraud beats reliance on closed-source SDKs; and how current solutions for people-based attribution flout both GDPR and upcoming CCPA regulation.


Myth 1: People-based attribution is an effective way to connect mobile users across apps and mobile web

Recently, mobile attribution companies have been generating a lot of buzz about connecting mobile users across apps and mobile web, which they have dubbed 'people-based attribution'. Looking behind the curtain, it becomes increasingly obvious that current solutions for people-based attribution simply mean connecting the mobile web browser of a device to apps installed on that same device. To do this, MMPs drop a cookie in the browser and somehow make a connection to the device's IDFA.

The only viable way providers can currently do this would be by tapping into their clients' data. Whenever an app user gets deeplinked, they will then drop a cookie and store its connection to the device ID in their device graph - a database of users spanning mobile web and apps.

And this is where the problems begin: a user's profile is not stored within the scope of a single app but becomes part of a device graph that is owned and operated by the attribution provider. The data remains stored in this graph even if a user uninstalls the app, and most worryingly, even if a user opts-out of an app's data-sharing agreement.

This means when an attribution company feeds user data into a user graph that is then sold to clients, they should in fact be asking the user to opt in first. But none of them ask for permission to collect users' data - in fact, none even let users know they are being tracked. A private graph, on the other hand, usually doesn't offer enough coverage to really make it work. So while the technology behind people-based attribution is creepy at best, at worst, it is simply unacceptable for an attribution company to sell private user data.

So what's the alternative? App developers should keep as close to first party data as possible - this makes it very easy to observe consent and stick to the right side of the law. Rather than leaving something on the customer's device, they should be matched up with existing customer records when they reinstall, for example. Consent then becomes a lot clearer, which is exactly what GDPR is all about.

If anyone's building a business on browser-based cookies right now, they need to reconsider this move!

Aside from privacy, the outstanding issue of the big data age is: How to get enough data for insight but not be overwhelmed by it?

It's tempting to talk about 'standard metrics', and for companies like Adjust to give developers the benefit of their industry experience, which can be leveraged to measure the success of their app. But beware: every app is different, and every developer needs to find out for themselves what measurements are important for their specific situation, in order to gauge and optimise the success of their app.

So how much do you measure? Do you take into account open rates and subscriptions, or do you want to track everything a user does inside the app? You can choose to not track a lot of things, or to track everything. If marketers decide to track more, they can then churn that bigger pool of data and begin mapping out patterns for the best performing customers - whether you're measuring this 'bottom line' in terms of making purchases, playing games, or doing surveys.

We recommend going big: start by measuring everything and look at the drop-off points on the way to being a valuable customer. Adjust's platform, for example, allows you to pull out metrics and say 'if day 7 retention seems to be really important in driving 'successful customers', watch it carefully, and get more budget into improving it'. The more data you're measuring the better you can understand the customer journey. But if you focus too much on what you imagine up-front might be important, you're very likely to miss key points, or at least be unable to fine-tune your approach.

Some examples: for those users dropping out, is it possible to win them back as a valuable customer with smart retargeting? If you're losing a significant amount of users during registration, are you asking for too much information or is the process too lengthy? Using data this way takes it beyond the silo of marketing, and means it can actually feed into the process of making a better app too.

Adjust works consultatively with clients to define exactly what events to measure. Subtle differences will have a huge impact on the bottom line, and on these we can and do advise. For example many brands see retention rate - specifically 'day 1' - as a vital indicator of campaign performance, and traditionally this has been measured by changing dates on a calendar, such that the user has been 'retained' if he uses it on the day after he installed. But realistically, users are spread all over the globe and operate in different time zones - never mind the users who actually move between time zones. This makes it almost impossible to tell when the calendar day for each individual user has changed to the next, and should be considered as retained for day 1. We now advise defining 'day' as a period of 24 hours: brands compare two timestamps of a user opening an app and determine if more than 24 hours have passed in between them. Nuance? Certainly not: this will decide how much money is bid on a platform, and could easily make the difference between focusing marketing effort on one platform or another.


Myth 3: Closed-source SDKs are the best defence against ad fraud

Adjust's open source SDK software means developers can see exactly what data is flowing into and out of their app, which gives vital transparency for app developers and market researchers who deal with a lot of sensitive data. Closed-source evangelists argue that it's impossible to secure an open-source SDK against one of the most pervasive forms of ad fraud out there - SDK Spoofing, which, if done right, allows a fraudster to create an unlimited number of real looking users and in-app events, without ever running the actual app on a phone.

Fraudsters use real device IDs so that the fake data they create looks identical to real data, which works well, unless you are using a cryptographic signature to secure the data sent from the app. But are closed-source SDKs really more secure? During Adjust's extensive research into SDK Spoofing, we discovered that in every single case, the function they used to sign data requests was extremely easy to extract in human-readable form. In fact, for some of the closed-source SDKs, it took our researchers only minutes to find and crack the signing function - meaning that within moments, the closed-source SDK's protection had been completely removed. The main takeaway? Don't believe that an open-source SDK can't be secured, and don't believe that a closed-source SDK can't be spoofed.

Fraud is always evolving, and the challenge is to evolve to match and catch it. Over the last year, fraudsters have started to use in-app bots which can 'game' an app to make money off it. Unlike ad fraud, which targets an app's marketing budget, bot fraud attacks the app itself. In gaming apps, for example, bots are used to create profiles and build up a character which fraudsters can then sell, which ruins the fun for people playing the game properly. They can also be used to take surveys, a real threat to research integrity. We've developed a system via an acquisition last year called Unbotify, which spots fraud using sensor data from the phone itself such as the gyroscope, battery usage, patterns of clicking and the amount of pressure on the screen for the click. If you have a phone with a lot of activity on an app and the gyroscope has not moved for the last five days, or if it's been on 100% battery life throughout, then it's fairly obvious that's not a real user.

Such front-line methods, combined with closing off some vital parts of the signature code in our SDK, provide what we think is the best defence against ad fraudsters, but it is important to understand that not every open- and closed-source solution is the same. It's up to the MMP to find the right measures.


Key to moving our industry forward is not being afraid to challenge the status quo. While that might seem like an uphill battle, it's also part of what makes the mobile ecosystem such an exciting space to be in. Only by working together and coming up with new solutions will we be able to drive data accuracy, and someday win the fight against ad fraud - all while upholding the strongest privacy compliance.


Andy Chandler is General Manager, UK & Ireland at Adjust, responsible for managing and scaling its business in the region, helping brands navigate their digital transformation and grow their mobile offering. Chandler brings over 18 years' experience in the ad tech industry, having previously worked at Amazon, Microsoft and Telegraph Media Group. Most recently, he served as VP EMEA at the mobile advertising platform Tapjoy.